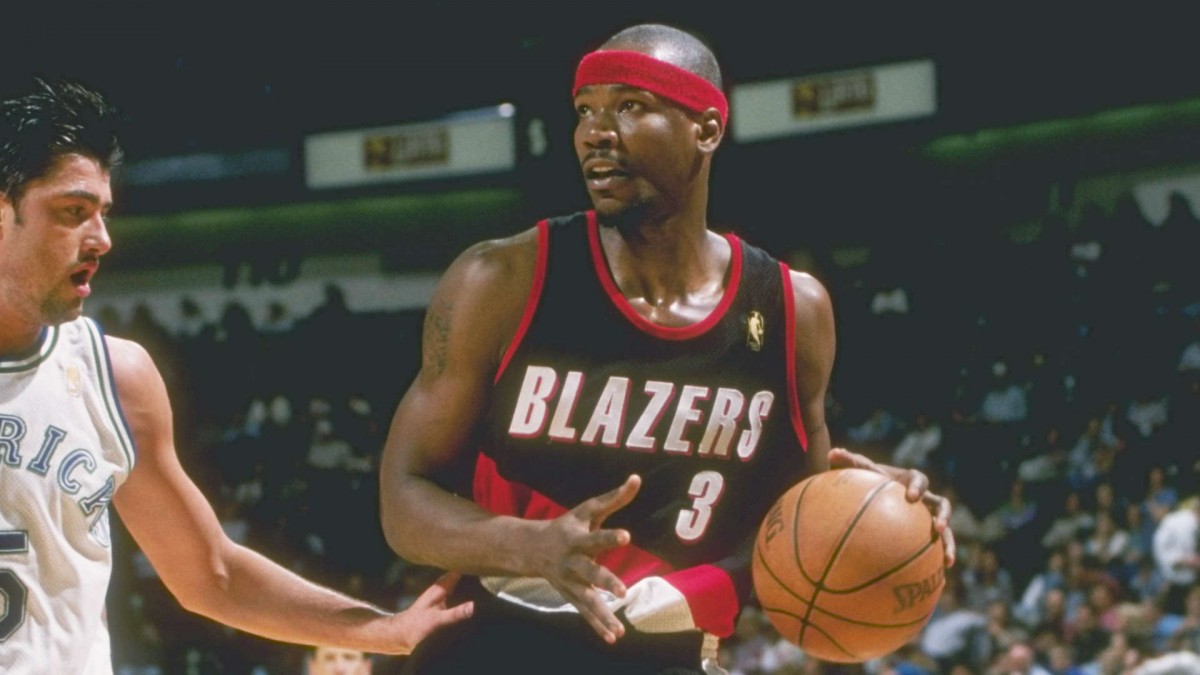 If you’re anything like me, you bolt upright from a deep slumber two, maybe three times a week, brow laden with sweat, gasp and whisper, “What’s going on with retired longtime NBA forward Clifford Robinson?” Well, luckily, our shared breathless wonderings need persist no more; thanks to the fine reporting community of the great city of Portland, Ore., we now know the answer to the question that has haunted our dreams:

Robinson, now 49, is now a “cannabis advocate” with plans to speak at a cannabis-related business conference next month, to open his own weed-growing operation in Oregon later this year, and to adapt his hardwood nickname of “Uncle Cliffy” (which, lest we forget, described his celebratory dance before it became synonymous with the man himself) to the more pot-friendly handle of — wait for it — “Uncle Spliffy.” (Please, please, please tell me there are going to be branded headbands.)

All of this sounds like a bit, but all of this is evidently very true, as brought to us by Andy Giegerich of the Portland Business Journal:
The 2016 Cannabis Collaborative Conference, which takes place Feb. 3 and Feb. 4 at the Portland Expo Center, will host former Blazers great Cliff Robinson. The former NBA All-Star has become a cannabis advocate and will address the expected crowd of 2,500 attendees. […] “It’s an opportunity for me to get out there and tell people a little bit about myself outside of basketball,” Robinson said. “People in Oregon know me as a basketball player, but I want to distill the stigma around cannabis, the misperception that athletes and cannabis are incompatible.”
It is perhaps unsurprising that Robinson — who spent eight seasons with the Portland Trail Blazers after they selected him in the second round of the 1989 NBA draft before moving on to the Phoenix Suns, Detroit Pistons, Golden State Warriors and New Jersey Nets in an 18-year career that included one All-Star berth, two All-Defensive Second Team nods and the 1992-93 Sixth Man of the Year trophy — has decided to come out in support of the sticky-icky.

Robinson was involved in multiple pot-related incidents during his playing days — a 1997 citation for possession of less than an ounce of marijuana found in his vehicle during a traffic stop, though he insisted the weed wasn’t his; a 2001 arrest on charges of driving under the influence of alcohol during which cops found weed in Robinson’s car and Robinson told them he had smoked earlier, which would result in a one-game suspension in February 2002; a five-game suspension for violating the league’s anti-drug policy in February 2005; and another five-game suspension in May 2006 that sidelined Robinson, then a reserve forward/center with the New Jersey Nets, for the remainder of the Eastern Conference semifinals against the Miami Heat, a series they lost in five games.

Under the terms of the 2005 collective bargaining agreement between the NBA and the National Basketball Players Association, that five-game ban comes after a third positive test for marijuana use. That punishment schedule was carried over in the 2011 CBA, with Charlotte Hornets center Al Jefferson most recently running afoul of the clause.

Robinson now admits to smoking during his career, and acknowledges his wrongdoing given the rules of the day. But as he prepares to embark on his new career, he says he hopes to soon see the NBA and other professional sports leagues reevaluate their stances on marijuana — as 23 states (including Oregon) and the District of Columbia have by legalizing marijuana use in some form — and consider the potential benefits that its use might have for athletes as an alternative to myriad other methods of self-medicating in the midst of grueling seasons. From KOIN-TV in Portland:
“I think I’ve always been an advocate for cannabis,” Robinson told KOIN 6 News. “[It’s] calming, calm my stomach, calm my nerves, so from that standpoint I see a lot of positives.” […] “When I did it, it was wrong. I paid the penalty. But now we’re in a new time and we’re trying to move forward,” he said. Now that medical and recreational marijuana is legal in Oregon, Robinson is getting into the cannabis business under the name Uncle Spliffy. He wants pro team doctors to consider treating pain and other ailments with cannabis instead of pharmaceuticals. “I think we definitely have to continue looking into cannabis and the benefits that it has, the health benefits that it has, because I think it’s come leaps and bounds,” he said.
The NBA and NBPA can elect to opt out of the current CBA on Dec. 15, 2016, prompting the reopening of negotiation on a wide array of issues. While the most significant matter for bargaining will almost certainly remain the distribution of revenue between owners and players in the wake of the NBA’s $24 billion broadcast rights deal and skyrocketing franchise valuations, the league/union’s joint substance abuse policy could also come up for consideration. Robinson told the Business Journal he’s not holding his breath for an adjustment, though, “until more states come online and the negative perception has changed.”

Former Milwaukee Bucks center Larry Sanders continued to express his belief in the benefits of marijuana even after earning 15 games worth of suspensions for drug violations, agreeing to a buyout of his $44 million contract and walking away from the game, saying that he used cannabis “for some of the symptoms that I was having due to a lot of stress and the pressure I was under, given my work.” Last year, Hall of Fame point guard Oscar Robertson threw his support behind a campaign aimed at legalizing medical marijuana in Ohio; that campaign failed, and the co-founder of the group that led the charge said last week that it “will not be back [to present] another constitutional amendment this year.”

Robinson, however, appears to be the first former NBA player with designs on openly growing his own product for profit, aiming to produce cannabis “used in medicinal items such as topicals and rubs,” according to the Business Journal:
“Oregon has always been known for good cannabis, and it’s an exciting time to be here,” he said. “I’m excited to be part of a team that’s doing it the right way.”
Of course he is. Uncle Cliffy always was a team player with a knack for serving up whatever was needed on a given possession. Why wouldn’t Uncle Spliffy be the same?

Hat-tip to The Sporting News.

More NBA coverage:
– – – – – –
Dan Devine is an editor for Ball Don’t Lie on Yahoo Sports. Have a tip? Email him at devine@yahoo-inc.com or follow him on Twitter!