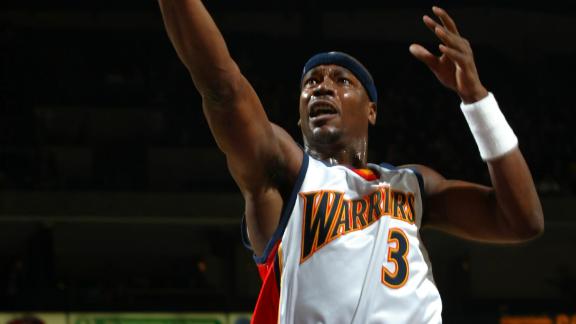 In his playing days, Cliff Robinson was known as Uncle Cliffy.

Now as he begins a new business venture, the former UConn star also has a new nickname: Uncle Spliffy.

That’s the name he has registered for his upcoming foray into the marijuana business; the registered domain name currently features a marijuana leaf and a promise that the rest of the site is “Coming Soon.” Robinson, along with a group of investors, will open a grow operation in Portland, Oregon, according to a story in the Portland Business Journal, with plans to have a product by the end of the year.

Oregon legalized recreational use of marijuana in July, becoming one of four states, plus the District of Columbia, to do so. Beginning in October, recreational pot could be purchased from medical marijuana dispensaries, and retail stores licensed to sell marijuana will open sometime in the second half of 2016.

Twice suspended for marijuana use during his NBA career, Robinson is now an outspoken supporter of both the medicinal and stress-relieving benefits of the drug. He will serve as the keynote speaker at next month’s Cannabis Collaborative Conference, where he’s billed as a “cannabis advocate” on the conference website.

“People in Oregon know me as a basketball player,” Robinson, who played eight years with the Portland Trail Blazers, told the Portland Business Journal. “But I want to distill the stigma around cannabis, the misperception that athletes and cannabis are incompatible.”

Of course, for the moment, most athletes can’t afford to be publicly associated with marijuana. The NHL is alone among the big four pro sports in not including marijuana on its banned substance list. The NCAA still prohibits its use as well.

Robinson, who played for five NBA teams in his career, wants to see that change.

“When you talk about guys playing a professional level, there’s a lot of physical and mental stress that comes with that,” he said. “To have something available to you that has health benefits, I don’t see the issue with it myself.”

Robinson, who led UConn to the 1988 NIT championship and is included in the school’s Huskies of Honor, has had a colorful career since retiring from the NBA. In 2014, he appeared on “Survivor” and joined Dennis Rodman in a diplomacy game in North Korea. The players wound up performing for Kim Jong Un as part of the dictator’s birthday gift.