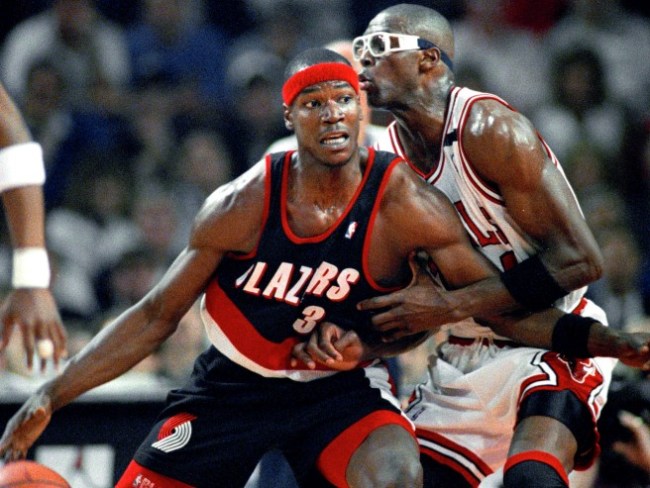 Cliff Robinson played 8 seasons with the Blazers, 18 in the NBA

PORTLAND, Ore. (KOIN) — Longtime Trail Blazer Cliff Robinson is now blazing a trail for the use of marijuana as a medical treatment for athletes.

Robinson, who recently turned 49, is back in Portland promoting cannabis and will be a featured speaker at the Cannabis Collaborative Conference in February.

“I think I’ve always been an advocate for cannabis,” Robinson told KOIN 6 News. “(It’s) calming, calm my stomach, calm my nerves, so from that standpoint I see a lot of positives.”

He was the 6th man on the Blazers team that went to the NBA finals twice in the early 1990s. Robinson, whose 18-year NBA career lasted from 1989 through the 2006 season, said he smoked pot while he was in the league even though it was illegal and against the rules.

“When I did it , it was wrong. I paid the penalty. But now we’re in a new time and we’re trying to move forward,” he said.

Now that medical and recreational marijuana is legal in Oregon, Robinson is getting into the cannabis business under the name Uncle Spliffy. He wants pro team doctors to consider treating pain and other ailments with cannabis instead of pharmaceuticals.

The Cannabis Collaborative Conference is set for Feb. 3-4 at the Expo Center. Cliff Robinson’s keynote speech will be on Feb. 4.