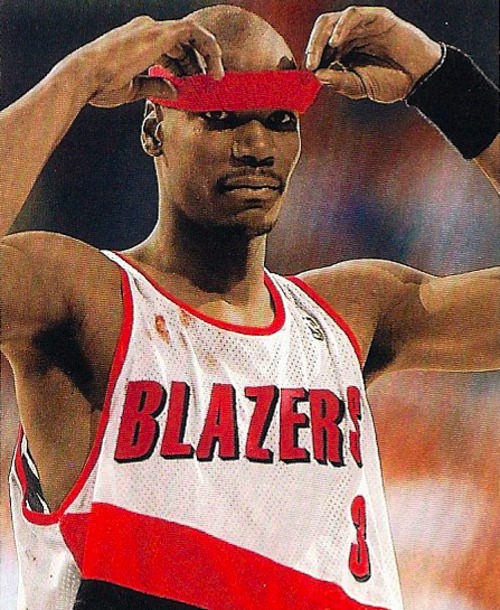 The 2016 Cannabis Collaborative Conference, which takes place Feb. 3 and Feb. 4 at the Portland Expo Center, will host former Blazers great Cliff Robinson. The former NBA All-Star has become a cannabis advocate and will address the expected crowd of 2,500 attendees.

The conference itself promises to ways to help Oregon’s cannabis purveyors prepare for the advent of wider distribution systems. It will also feature a career readiness event as well as a “marijuana investor summit boot camp.”

But, to many, it will most of all serve as the emergence of a former high-flying athlete as an industry champion. Robinson, who spent eight years with the Trail Blazers, is likely the highest-profile athlete, active or retired, to endorse the use of cannabis.

Along with a set of business partners, Robinson plans to open a grow operation in Oregon. He’s hoping to have product ready by the end of the year.

The conference will provide a chance for Robinson — who played 18 seasons in the league, made the NBA All-Star team in 1994 and was also a contestant on the CBS show “Survivor” — a chance to rebrand himself.

“It’s an opportunity for me to get out there and tell people a little bit about myself outside of basketball,” Robinson said. “People in Oregon know me as a basketball player, but I want to distill the stigma around cannabis, the misperception that athletes and cannabis are incompatible.”

In at least one sense, that’s spot on: Robinson agrees that football players or others who engage in contact sports might do well to treat themselves with cannabis as opposed to prescription painkillers.

“Cannabis is definitely a more positive alternative to pharmaceuticals at the end of the day,” he said. “Those are synthetics. I’m talking about something that’s natural that can bring the outcomes you’re looking for, be it for muscle tension or relaxation or preparedness. There are a whole lot of different things that are beneficial.”

While Robinson wouldn’t venture a guess as to how many NBA players use marijuana, it’s logical to assume the number is substantial.

“When you talk about guys playing on a professional level, there’s a lot of physical and mental stress that comes with that, and to have something available to you that has health benefits, I don’t see the issue with it myself.”

There are, though, many who do take issue with pot.

For one thing, the NBA’s collective bargaining agreement, which sets player and salary terms, calls for heavy suspensions — five games — for players who test positive for the substance on three occasions. Another five games are added to the suspensions for each subsequent violation.

The penalties are imposed even if players in states like Oregon and Colorado where cannabis is legal test positive.

Robinson himself was, in 2006, disciplined by the league for a positive marijuana test.

“There are a lot of things that have to fall into place before” cannabis isn’t frowned upon in the NBA, Robinson said. “We can continue to break down the walls of the issue.

“There’s a current CBA in place, so the next round of negotiations would be the next opportunity to discuss it, but until more states come online and the negative perception has change, it will continue to be in the conversation.”

As far as his new role, Robinson said he’s always advocated for cannabis. He wants to spread the message that the substance isn’t a gateway drug to harder materials, such as cocaine.

As such, he’s also “a businessman trying to start a new company.” He has a business plan, but plans to ramp it up slowly as legalization takes hold in Oregon.

The products created from his company’s grow operation would be used in medicinal items such as topicals and rubs.

Robinson said the business would be based in Portland.

“Oregon has always been known for good cannabis, and it’s an exciting time to be here,” he said. “I’m excited to be part of a team that’s doing it the right way.”

The Portland Business Journal is a KGW News partner.