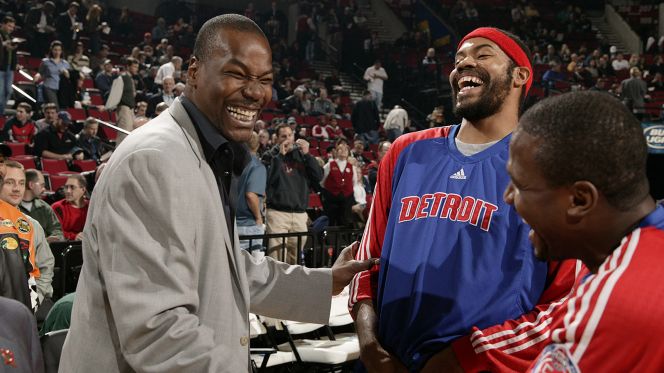 While it’s still illegal on the federal level, marijuana usage is becoming more and more socially acceptable as it’s legalized in states across the nation. And if a little bit of bud is your chosen method of relaxation, be on the lookout. The next time you’re in Oregon, you might be buying your pot from former NBA player Clifford Robinson.

Robinson, who played for the Portland Trail Blazers for eight seasons during his 19-year career in the NBA, recently told the Portland Business Journal that he’s going into the marijuana business “to distill the stigma around cannabis, the misperception that athletes and cannabis are incompatible.” In fact, Robinson looks to take things a step further. For the former professional athlete, cannabis makes sense as an alternative to traditional prescription painkillers:

“Cannabis is definitely a more positive alternative to pharmaceuticals at the end of the day,” he said. “Those are synthetics. I’m talking about something that’s natural that can bring the outcomes you’re looking for, be it for muscle tension or relaxation or preparedness. There are a whole lot of different things that are beneficial.”

Whether Robinson is right is still up for debate. A 2012 study by the journal Pain indicated that marijuana is less of a painkiller than it is a pain distractor. On the other hand, a study published in Newsweek in 2014 indicated that states with medical marijuana saw a precipitous drop in the number of painkiller-related deaths. Unfortunately, because the drug is illegal on a federal level, researchers are unable to do the kind of diligent science necessary to explore the possible pros and cons of marijuana as a medical alternative.

As for Robinson and his product, he already has a brand in mind — and a website. Robinson is calling himself “Uncle Spliffy,” a play on his “Uncle Cliffy” nickname.

We’re guessing that former NFL player Ricky Williams approves of Robinson’s new post-basketball mission. And if Williams wants to see Robinson in action, he can attend the Cannabis Collaborative Conference in early February, where Robinson is slated to be a keynote speaker. You know, assuming the audience doesn’t get distracted during his speech.