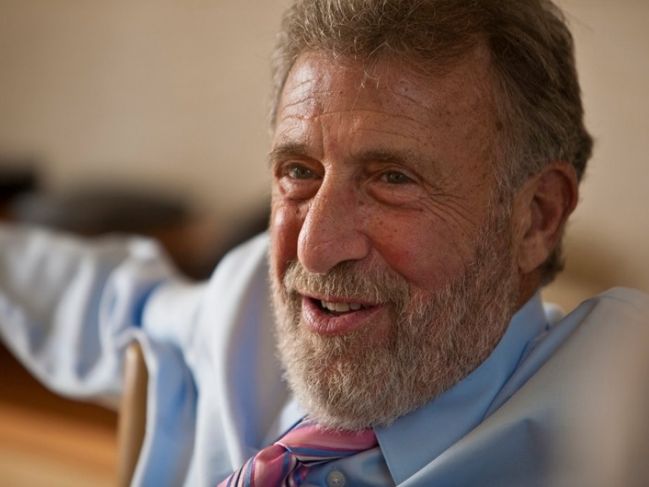 (George Zimmer is lending his iconic, gravelly voice to the marijuana legalization movement.therichest.org)
George Zimmer has a penchant for speaking his mind.

The 68-year-old serial entrepreneur was fired from Men’s Wearhouse, the company he founded 40 years earlier, in 2013 over differences with the company’s board.

“You know, one of the very small reasons — and I say small — would be that I tended to be kind of a renegade or somebody who said what he thought,” Zimmer told Business Insider about his firing. “That made the board of directors increasingly uncomfortable.”

Zimmer has since launched a tuxedo rental company, Generation Tux, and is channeling his candor into marijuana activism.

Zimmer donated $50,000 in 2010 to an ultimately unsuccessful California ballot initiative that would have legalized marijuana for recreational use. He’s spoken at cannabis conferences in California and Nevada, two states that fully legalized pot in 2016. This week, he’ll add Oregon to the list when he gives the keynote address at the Cannabis Collaborative Conference on February 15.

On lending his iconic, gravelly voice to the marijuana legalization movement, Zimmer said, “It was just one of those little things that I did over my life that pissed people off.”

Zimmer says he smoked weed for the first time while attending Washington University in St. Louis in the 1960s, and he continues to use the drug. He told Inc. magazine in 2016 that he used to inhale “anything that combusts” and that he once smoked six joints in an hour with the spiritual icon Ram Dass.

Through the years, he used the drug as a crutch as he weaned himself off alcohol. It’s been 35 years since the recovering alcoholic had a drink, and he credits much of his success to his ability to “transfer the addiction” from a potentially dangerous drug to a more benign one.

Researchers have yet to take a definitive stance on whether marijuana — a Schedule I drug that is illegal under federal law — is safer than alcohol. While there is no lethal dose of marijuana, an estimated 88,000 people die in the US every year of alcohol-related causes, according to the National Institute on Alcohol Abuse and Alcoholism.

“The fact is — and I mean the scientific fact — [marijuana] is less toxic and dangerous than cigarettes and alcohol, which are the main drugs in the United States,” Zimmer said. 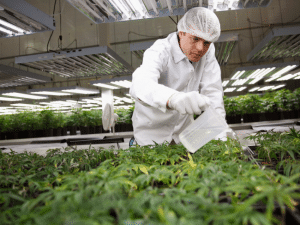 
Zimmer was inspired to speak out about his marijuana use after seeing how the drug had been demonized for decades. In the 1939 film “Reefer Madness,” for example, a group of teenagers succumb to violence, murder, and hysteria after lighting up the green stuff.

“I’m just following a kind of lifetime passion of mine to help correct this myth,” Zimmer said.

He says that in addition to reducing his dependence on alcohol, marijuana might have even helped him cope after Men’s Wearhouse gave him the boot.

“I refer to [marijuana] as harm reduction,” he said. “So the way cannabis helps is, when you lose your job, you don’t go on a two-week bender.”