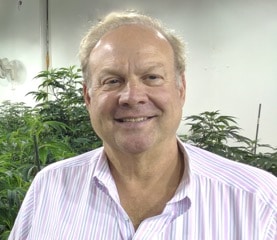 Jeffrey Friedland is an investor, author, business executive and a thought leader in the global cannabis industry. Mr. Friedland’s latest book, Marijuana: The World’s Most Misunderstood Plant was published in late 2015.

He is CEO of Friedland Capital, which was formed in 1982. Over the decades the company’s business has evolved from merchant banking with a focus on emerging market, to today, where Friedland Capital focuses on investments in the global cannabis industry. He is CEO of publicly-held INTIVA BioPharma Inc. (NTVA), which is developing cannabinoid-based drugs under U.S. Food and Drug Administration (FDA) protocols, and CEO of the majority shareholder of Canada-based INTIVA Inc.  He is also a board member of Israel-based CannRX, a company focused on cannabis-based pharmaceutical development.

Mr. Friedland has been a frequent speaker at conferences and events throughout North America, Europe and Asia, including speeches to individual, institutional investors, and cannabis industry entrepreneurs and business owners on the cannabis industry.