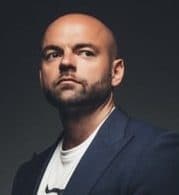 Matthew Morgan, 32, is founder and CEO of Reef Dispensaries / Tryke Companies, which operates vertically-integrated facilities in Nevada and Arizona, in both recreational and medical markets. Reef is the industry leader in Nevada, with its Las Vegas Strip location covered by Vice News, Rolling Stone, The Wall Street Journal, Complex, Forbes, and many other major news outlets. Reef is the exclusive cultivator and distributor of rapper Wiz Khalifa‚Äôs Khalifa Kush, as well as the Nevada home to the Jungle Boys ‚ÄúExotikz‚Äù line of designer cannabis strains. Reef is also a member of the New Federalism Fund, a lobbying group seeking nationwide legalization.After seeing one of his best friends die of an opioid overdose several years ago, Matthew was inspired to enter the medical cannabis industry. He has now been in the cannabis industry for eight years, previously building businesses in Montana and Arizona before starting Reef.